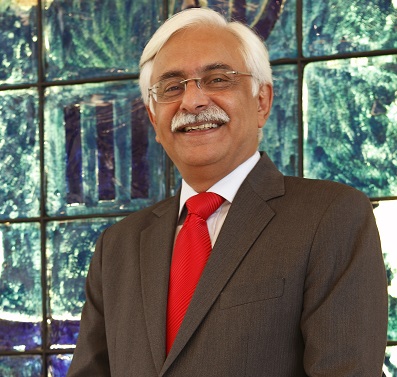 The Indian government has often voiced its concern for the industry, but other than that it hardly does much, Rattan Keswani, Deputy MD, Lemon Tree Hotels, elaborates, while speaking about the group.

How was 2018 for Lemon Tree Hotels?
We did well both in terms of occupancy, which was close to 80 per cent, and in terms of average rates. November was a bit iffy, but that was because of a lot of holidays. Lemon Tree Hotels will be operating 87 hotels with 8793 rooms across 58 cities by FY2021. We opened a few properties as well, including the ones in Dehradun (Uttarakhand), Pune (Maharashtra), Siliguri (West Bengal), and Morjim (Goa). We should soon be able to open an ‘owned hotel’ in Mumbai, followed by Kolkata. Then, we should be able to open a managed property in Kalina, Mumbai. The market situation in Kolkata remained at the typical 60-65 per cent tipping point. We were also involved in the resort/leisure world with a smaller set of institutions like hotels in Goa, Katra, Jaipur, Sikkim, and Corbett. That’s started to strengthen. Udaipur will be another upscale resort substantiating our direction towards attracting high-value leisure customers. Talking about international properties, we have signed management contracts in Dubai, Bhutan, and Kathmandu.

What are your parameters when you think of opening a hotel internationally?
You have to visualise your strengths and where they can benefit both the owner and the geography. GCC, particularly Dubai and Abu Dhabi, have the largest tourist arrivals from India. They are dominated by upscale luxury. There is no true midscale player there.
Our strengths range from the distribution with Indian customers to our large loyalty programme, and our understanding of 20,000 Indians walking around the city of Dubai every day. Also, now that we have bolstered our leisure portfolio, travel agents are also our strength. In each country, the larger wholesalers and retailers are represented by a domestic set of agents, but since we are strong with the domestic as well as international agents in India, we should be able to translate that benefit to Dubai as well because it’s the same cluster. The key agents remain the same even though DMCs may change. Close to 32 per cent of our customers are people who
have visited us before. We are looking at other parts of GCC as well to grow. Once we are able to showcase the performance that we have exhibited in India, we will see some more international signings this year.

Has the IPO turned out to be the way you expected it to?
So far, yes. In our business, you may have a forecast, but events around you are a risk you can’t really fully plan for. The hospitality industry is such that it gets effected in several ways. There is no stability. The industry can be affected any day, based on local and global events. You can’t forecast what’s going to happen in the political world.

What works better for you, Greenfield or brownfield projects?
Both work for us. The crucial part that remains is location. Greenfield projects take time but are easier to work around with architects and interior designers, and help reach the full potential of brand specifications. When you undertake a brownfield project, you become a
little limited and may not be able to tweak it too much. Obviously, in the present business scenario, anyone would want to put up a hotel as quickly as he can, because the next three to five years are going to be very interesting in the sense that there is going to be a choke in supply while demand continues to increase. This is the best time for anyone to get the best result, before the supply cycle begins again.

What about the crowding of hotels in Delhi’s Aerocity? Do you think there is enough business for everyone?
I think there is and is in the high 80s for everyone. I can’t say much about the high-cost hotel projects though; I cannot comment on whether or not they are getting an adequate return on their capital. In my opinion, everyone has a decent RevPAR.

Which city in India, in your opinion, is performing well?
We are not disappointed by any city. We are close to an 80 per cent occupancy across the brand and the country, in our owned and leased space. That said, it’s not a matter of occupancy anymore. The question now is of the change in rate. Rates are getting hampered and we believe that others are not increasing the rates as they should.

Do you think the market is mature enough to take that?
I think so, but that’s because there’s been an 11-yearlong downturn, which has led to a lack of confidence. A number of players in the market have not made healthy cash flows and there is hesitation of losing whatever you have. This limits everyone. If you see our reports, though, we have shown a heathy price increase across India.

Which are those government policies that keep bothering you?
I don’t think the government really looks at this industry beyond some great announcements. The industry, by and large, has been trying to do whatever it can by itself. There isn’t much that one can say. Some changes are visible, such as the announcement of GST, but the rates are not helpful both for the industry and for the customer. Also, the government did work a bit on infrastructure, and in certain regions you can see the benefits, but that’s not a wholesome initiative. The government does acknowledge that the hospitality industry provides employment and contributes in other ways as well, but I don’t think much gets done to facilitate that bit. Security, too, needs a dramatic change. Thankfully, the lack of it hasn’t impacted the hotel industry much, but the notion that a few cities are unsafe, remains and creates scepticism among travellers.

What makes Lemon Tree Hotels a success?
Lemon Tree Hotels has always remained true to its business model, which is optimum cost and keeping that in control. How do you keep your leverage under control and yet grow at the rate that the company has? Private equity, institution investors, and a pre-IPO is the answer. Institution investors move away in five to six years and so does private equity. Both have stayed with us and that shows our depth of understanding the business. Our customer rankings have also improved. We are now looking at people who are not so economically or socially well off and are below the poverty line. We also want more than 20 per cent of our payroll to be for the differently abled.

The Ministry of Tourism has decided that validity of approval or certifications of hotels and...

Lavazza, keeping theirs and their customers health at priority, is following contactless and touchless processing,...

Fairmont Jaipur reopens for FIT and other group guests

Fairmont Hotels & Resorts is pleased to lead the hospitality industry with a thoughtful approach...

The Grand Dragon Hotel Ladakh has been helping the community and frontline workers through various...